In an effort to trick people into reading the new pitch for the book before ABNA (Amazon Breakthrough Novel Award contest) gets underway, Wind-Scarred is free on Amazon today!
Posted by Sky Luke Corbelli at 12:09 PM 0 comments

Bakkian Chronicles, Book I - The Prophecy by Jeffrey Poole

I really only had one problem with this book. I hate the third person omniscient voice. It hampers individual character development, stunts meaningful dialogue, and generally feels like a crutch. The worst part is, it's a crutch that this book didn't need! It would be like giving a sprinter a crutch just before a race. Clumsy, occasionally painful, and a little sad as you wonder what the race would have been like without it.

That said, this book was a good read. This is not a gritty, "real" fantasy world. You won't feel dirty after reading it, you can be pretty confident that the good guys are going to win the day, and you can count on cheesy one-liners when the going gets rough. In short, it's everything that a nice escapist fantasy should be. The ideas are clever, the world is interesting, and you can tell that the author has a genuinely good heart. Especially since my mind jumped to incredibly evil applications of some of these powers... I'll just leave it at that.

Definitely a series to watch if you like your fantasy lighthearted, your action explosive, and your reading fun.

Twin Rivers by Jessica L. Buike
My rating: 3 of 5 stars

I'm Just Not That Hungry

I often find that picking up a book by an author I've never read before is like trying a new restaurant. You may not know the menu but you've read a couple reviews on Yelp, or maybe seen it on the street as you passed by. When I sat down with Twin Rivers, by Jessica Buike, I had a hankering for some steak. For those of you of an herbivore persuasion, I'm sure there's something that you like as much as I like steak (the reviewer does not actually believe this statement... he really likes steak), so think of that. You may be saying, "Hey now, that's a tall order to fill," but hear me out.

From the start of the book, I caught glimpses of steak out of the corner of my eye. The prose was solid, the main plot points laid out clearly, the mystery established. There was steak in the air. So imagine my surprise when the meal arrives, and it's the size of a quarter. Now I thought, maybe this is one of those really up-scale places, where the quality of the dish out-weighs the quantity, and took a bite. Well... at least it wasn't overcooked. But that's about all I can say. It certainly hadn't been marinaded with care or seasoned to perfection. Don't get me wrong, the best steak (real steak this time, not a metaphor) that I've ever eaten was cooked over a campfire and seasoned with nothing but pepper... but that's because I was starving. It's risky for a new, indie book author to assume that her customers are going to be starving, especially with the buffet of ebooks out there.

So let's break it down. First off, the book has the hallmarks of a decent mystery. Main character with amnesia waking from a 2 year coma after her body was found under questionable circumstances. Good, good. Now here's the problem. A good mystery has to build suspense. I felt the beginnings of suspense stir, but that was it. When you're only working with a few thousand words, there just isn't room to develop the sense of who-done-it that a story like this requires. There were literally only 4 characters with names. Granted, the main character was only named once, halfway through the book, but I was pretty sure she wasn't the culprit. Oh, and one of those characters was a cat. Didn't really have to wonder who the villain was, once the ghostly children were cleared of suspicion.

And here's the biggest problem with the book: the dialogue. Namely, there isn't any. With the exception of 66 words, the entire story is narrated in the main character's head, in the first person. For all I know, the entire town was populated strictly by mutes and mimes... or isn't populated at all. I guess that could be creepy. You need to build the intrigue. Have the main character asking questions and speaking with real characters, with names. Draw out the creepy ghost children bits. Add more of them. Have them reaching out to touch her, getting closer and closer with every attempt. Make most of the book take place in a week long rainstorm if you have to. Create daring escapes and exciting chase scenes, darn it! Don't tell me what the doctor said, have a conversation with the doctor in which the information comes out! Want to throw suspicion off the villain? Give them some scenes! Not descriptions of scenes, actual scenes, with imagery, clever word-play, give and take. Add some seasoning!

I know, we've all heard it a thousand times and it's trite and superficial, but... show, don't tell. I think what frustrated me the most was that this book could have been a fun read. Put some meat on that story and create some meaningful character interactions, and this would be a restaurant that I'd recommend to friends, co-workers, and people I met on the street. As it is, I may come back and give it another try... but I'd have to be hungry.
Posted by Sky Luke Corbelli at 8:57 PM 0 comments

Bad Radio by  Michael Langlois
My rating:  4 of 5 stars


A solid book with strong Lovecraftian overtones (in case the cover didn't give it away). The mystery was mysterious, the horror was horrifying, the heroes were (generally) heroic. The author's explanation for why the supernatural can exist without being obvious was refreshingly clear and succinct, catching the imagination and allowing for further extrapolation. Good writing combined with unique ideas makes it a gripping read from start to finish. I would strongly recommend picking this one up if you like urban fantasy, horror, thrillers, or good books.
Posted by Sky Luke Corbelli at 4:34 PM 0 comments 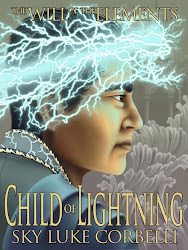 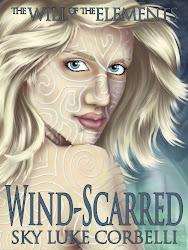 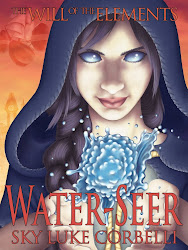